Mr. Kris Adams is known for his 29 years at Limestone teaching math, but what many might not know is that he has a hidden talent as a bread baker. 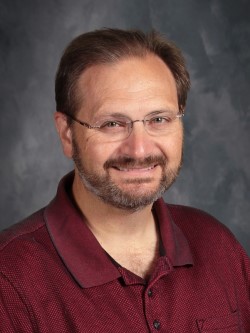 In his baking career, he has won three awards including two-second place ribbons and a fourth-place ribbon from the Illinois State Fair. Mr. Adams loves the process of applying for the fair.  In order to apply for the fair, he applies online and selects from one or more of the seven categories with a price of $2 each, then he brings his items to be judged to the state fairgrounds in Springfield.  Prizes are awarded before the fair starts so that the awards are on display.

For Mr. Adams, his favorite part of bread baking is, “The patience needed…for me, baking is mental health therapy.” Though it has become better known, Mr. Adams has always baked but, his love and appreciation of baking came from his father who had learned from his mother, whose love for baking came from a need to feed the family and make sure that no one was hungry.

Adams loved the notion of baking his own bread, he loved the idea of making something of his own. Though you can buy bread in the store, nothing can beat the love that is kneaded into baking your own bread.