Thank You For Being A Friend! 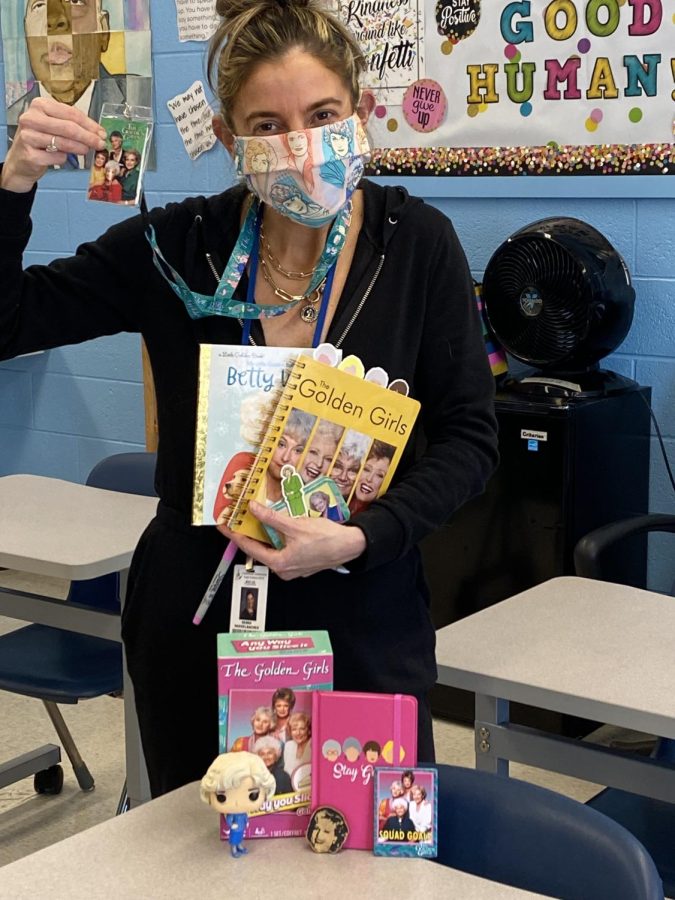 On December 31, 2021, America lost one of the most beloved celebrities, Betty White.

English teacher Debra Hasselbacher a big Betty White and golden girls fan found out about the death by social media and was devastated.

Hasselbacher discovered White at a young age and even had a picture of White in her room. Hasselbacher adored her in many ways, Hasselbacher saw White as inspiring and great for humanity. Hasselbacher explains, “I really think Betty White is a really good human.”  Hasselbacher thinks White will be remembered for her humor, the kind, and the show White is most known for the show “Golden Girls” in which she played the role of Rose Nylund.

If you were to decide to look into some great things White appeared in you may find things such as, “The Proposal”, “Golden Girls”, and Hosting “Saturday Night Live”.

Monday, January 17 would have been White’s 100th Birthday. On that day fans on social media decided to start the #BettyWhiteChallenge. In this challenge, they asked for people to donate five dollars to any animal shelter or agency in the United States.

As of Monday, TAPS, the no-kill shelter located in Pekin raised 20,000 dollars in her name.